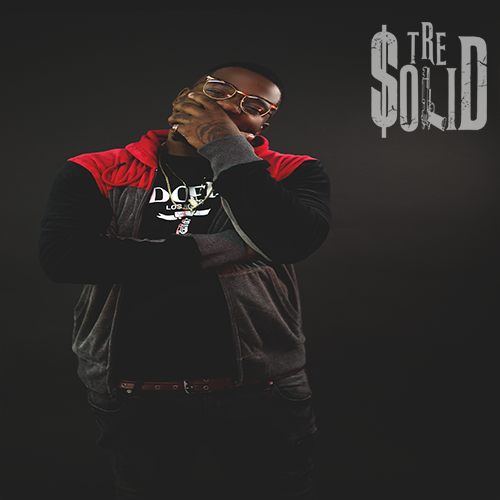 Rapper and entrepreneur TreSolid is cultivating a new wave of music, style and culture in the city of Sacramento, CA. TreSolid, born Trevonte Williams, was raised in the Del Paso Heights area of Sacramento - a community that he strives to represent in his quest to take over the music scene.

Tre has received a major support since releasing his latest project Streets on Fire in May 2015, under the guidance of Roc Nation producer Trakmatik. Both Sacramento natives, TreSolid and Trakmatik bonded over their love for music in late 2014. Trakmatick, a mentor of Def Jam Executive No I.D., has also produced for artists such as Jeezy, Elijah Blake, Goapele and August Alsina.  Tre's releases "Belaire Sippin" and "Two's Up" off Streets On Fire has receive airplay from Sacramento's Hot 103.5 FM along with other stations in the surrounding areas and has gained support from listeners on multiple social platforms.

TreSolid's sound can best be described as real life music with a down south trap feel.  Tre's decision to mix a positive message with this trap sound and street mentality that led to the movement he calles "Legal Trappin."