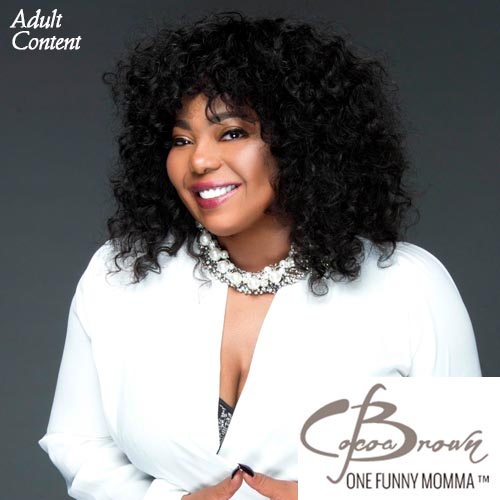 Sit a spell and laugh with One Funny Momma, Cocoa Brown. She'll make ya laugh your troubles away. Cocoa Brown is an actress and comedienne who has stared in the latest Emmy nominated projects such as "American Crime Story People v. OJ Simpson" on FX Network, co-starring alongside Cuba Gooding, Jr., John Travolta and Courtney B. Vance. Her fans also know her as "Jennifer" in the number one rated Tyler Perry's "For Better or Worse" on the Oprah Winfrey Network and the critically acclaimed Tyler Perry's "Single Moms Club" movie.

OFM - Dating Outside The Box