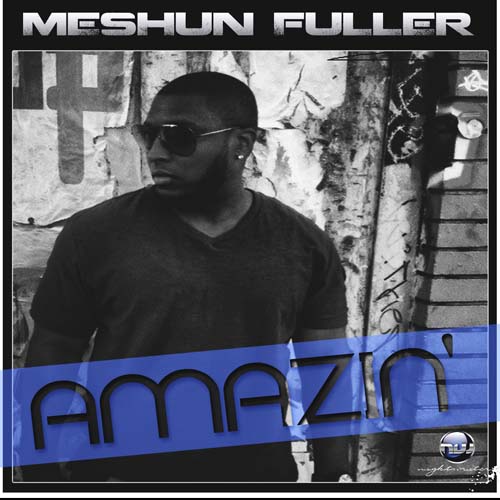 Detroit has birthed many talented musicians and vocalists.  An entire movement, the trademarked Motown Sound, rose up from the smoke filled motor city to make history and music that would be heard and felt around the world.  Detroit native MeShun Fuller, a gifted singer and songwriter born a decade after the offices were relocated to Los Angeles, carries the torch.  With every note he sings, and lyric he pens, MeShun upholds the legacy of the cities musical past.

As a teen, MeShun was a member of the R&B group B.A.S.I.C (Boys Always Singing In Class). He pulled triple duty as a singer, songwriter and vocal arranger. They were stars on Trapper’s Alley, an area currently known as Greek Town Casino, where they performed regularly at Mo’Betta Fudge Shop.  Fans and customers marveled at their ability to sing effortlessly while making fudge from scratch. In addition, their live show at venues and shows throughout Detroit were also well received.  The most memorable performances were opening up for the late great Aaliyah, and having a small role in the movie “Renaissance Man” starring Danny DeVito.

During that time, MeShun was sought out by other local musicians for collaborations.  Known for his ability to craft songs and arrange vocals with harmonies blending seamlessly with the music, he was able to build a diverse variety of songs that crossed all genres.  His love of music kept him in the studio creating music and on stage performing at every opportunity possible.

Upon graduating from high school, MeShun packed up and took his talents to another up and coming music town.  He was accepted to Clark Atlanta University in Atlanta, and jumped at the opportunity to relocate to what was being called the new Motown of the south.  While in college, he met his music partner Todd Davis and aligned their talents.  They soon landed a publishing deal with Sony Music Publishing.  Success has continued to follow him ever since.

"Releasing my first album was quite an experience. Being free to express myself artistically and have new listeners really enjoy it was incredibly rewarding," MeShun explains.

Over the past few years, MeShun has continued to build his catalog of music. Consistently, recording songs to be licensed to major recording artists and for placement in film and television. He's also spent countless hours grooming other artists who have hired him to assist with their projects.  Those artists motivated him to release songs such as, "Redefining Me", ”Right Here”, You”, and “Hand Out the Ghetto”, to name a few; with an eclectic mix of R&B and POP songs.

Whether the tale is contemplative, mellow or upbeat, MeShun is music for every man.  He captures life’s intricacies and re-tools them into the common tongue of everyday life.  Music lovers will enjoy the timeless music offered by one of Motown's protÃ©gÃ©’s, who continues to create music for the world to love and sing. He was groomed well and he delivers a rock solid performance with every note, every time.