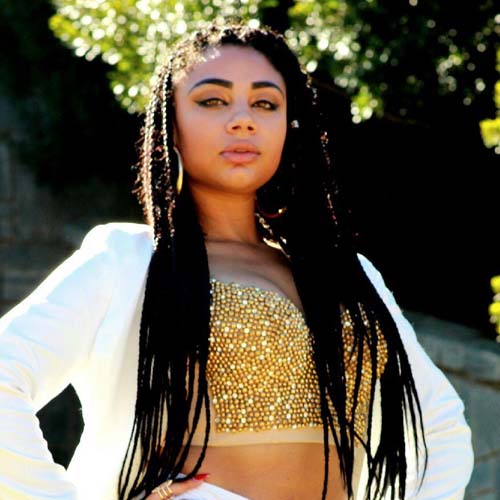 About U Ain't Ready

Summer is not official until there's an anthem, and "U Ain't Ready" is undoubtedly just that! "U Ain't Ready" is a declaration of strength and self worth for women of all ages. It is sure to not only generate great noise across the nation but inspire women all over the world. With it's empowering lyrics and catchy melody, there is no doubt that it is a song that will transcend generations and stand the test of time. Are you ready?

Amber Lashae is to be defined as your next global superstar, with her soulful melodic tone and versatile literary compositions. She is sure to captivate the attention of the urban and pop genres and take it by storm! Amber Lashae’ was born in Greenville, North Carolina but now hails out of the ATL! This multi-talented goddess exudes the celestial powers that infatuate and intrigue, who’s great beauty arouses adoration while empowering women of all ages. Ms. Lashae has already completed her first album “Unleashed” and currently working on her second album “Thrive.”  She is being executive produced by Reggie Noble AKA “Redman” which is only half of the inferno she is bringing to the industry. She is also working with other super producers such as: Eric Sermon, Rottweiler, Nick Fury, The Freshmen, Jayceo, Olympics and many more to whom have found themselves compelled to add fuel to this fiery being and produce a groundbreaking resonance!  No more local shows, collaborations and showcases for this Goddess! It’s time for major league!  Don't miss out on all hidden secrets she has to tell. We would like you to be the first to reveal the unleashing of Amber Lashae.