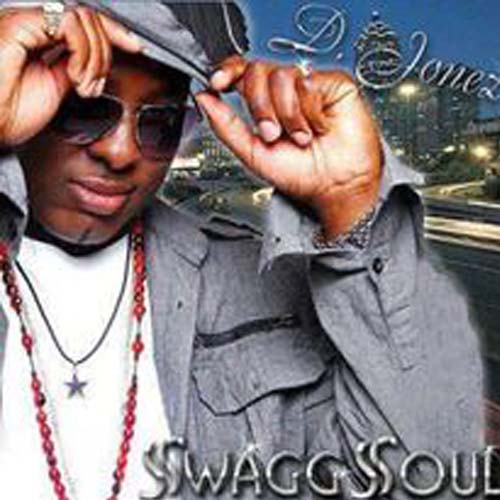 While temporarily residing in Ohio, D completed his most inspirational yet soulful album to date, “So Soul", in which D. himself proclaimed to be "the most innovative, soulful, thought-provoking peek into his life to date"!. With all faith, (not hope) that his musical aspirations will come to fruition! D has been blessed to sing along side several local Atlanta artists, who are destined to be among the fresh new talent here in the "A"! He's also had the opportunity to appear on several televised programs in the Atlanta area, to mention "Mid-Georgia" TV Internet affiliates, as well as "Atlanta Live" a local station devoted to broadcasting quality gospel music to the masses.  As a result of D's hard work and due diligence, he signed with the biggest independent record label in the world, Spectra Music Group, most certainly one of the most exciting phases of D's career. But, as all good things sometimes come to an end, so did his relationship with Spectra as of February 2015. However, firmly believing in the saying "when one door closes another opens”. That’s exactly what happened when D joined forces with SMG Talent on Apr29 2015 (Teke Staley), and is now working with SMG Talent, as the next hot R&B star on the rise! D used his experience with Spectra to really buckle down and learn about the ins and outs of this music game. In March of 2016, an old friend of D joneZ's, "Hennessey Williams" introduced D to r&b crooner Urban Mystic and have since done several events together; having started his own label with distribution from Universal records, Urban Mystic developed ULMG Inc. (Urban Life Music Group), so now of course, the possibilities for D's future are endless!

Dedicated to whatever projects may come his way, Dana’s work ethic and intense longing to understand the music business as a BUSINESS as well as an entertainment 'ministry', is what will make him a success in any business he chooses to do. When it comes to real r&b music, D joneZ is destined to be among the fresh new 'inspirational' soul singers in the "A"- (Atlanta GA)

And now, on the brink of his latest album "SwaGG SOuL" hitting the streets, D is already receiving rave reviews for several records off of the 'SwaGG SOuL" album, to include: "My Party", "Wifey", "Poppin Bottles", "Forever" and "Amazing Grace"- a very smoothly crafted take on the original church favorite!

From Brooklyn to the U.K., Detroit to Japan, D.joneZ is definitely on the rise as the "Next to blow" when it comes to ORIGINAL R&B/Soul!!