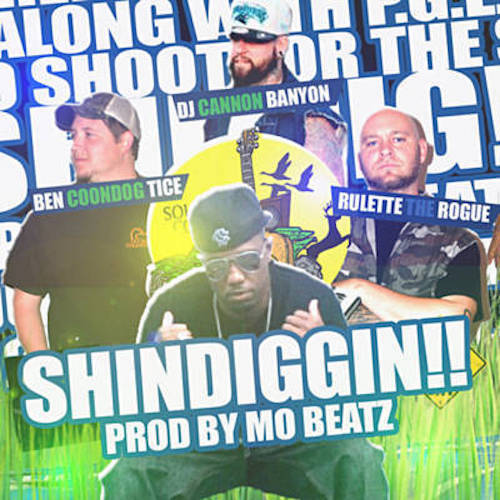 Camo Collins, Ben Coodog Tice, DJ Cannon Banyon are back!!! They teamed up with super Producer Mo BEATZ!! Everybody likes a good shindig!!!

The fellas at Southern Country are just some good ol' country boys that grew up surrounded by music. They draw their inspiration from country, Southern rock, rap and a host of others. Among the pioneers of this new genre-bending sound, Southern Country Muzik has worked closely with most of the artists that make their home in the genre. They spend countless hours traveling, recording and banging out country anthems. SCM produces and publicizes amazing CDs and DVDs that feature country artists regardless of affiliations in an effort to promote this heartfelt, down home sound. Producer and DJ Cannon Banyon has won countless awards for his work on the boards from associations like Ozone Magazine, the SEAs and the SC Music Awards. Southern Country Music is almost entirely in-house as the team creates it on production, video production, writing, recording, graphics, promotion and distribution. They do it all and they do it all for the love of Southern Country.

It's called Southern Country because country folks are everywhere – from New York to Mississippi to California. No matter where they are, country folks need their country sound, and Southern Country delivers because they're Southern AND Country. This new music mash-up goes by a lot of names – Country Rap, Hick Hop (though this one ain't popular with the musicians themselves), Rebelcore or Rebel Core and Mud Muzik. Most, though, agree on Outlaw Country. The influences stem from iconic artists like Hank Williams, Jr., Waylon Jennings, Johnny Cash, John Anderson, Lynard Synard, Kid Rock, Red Hot Chili Peppers, Outkast, Yelawolf, Big K.R.I.T and a whole host of others that like the country outlaw life.